Dues are $350 for the season and can be paid in full or broken down into payments.

Dues can be paid at practice in cash, checks written out to Omaha Starlings, or online through Paypal.

(Just make sure to include your daughter's full name and team she is on in the memo!) 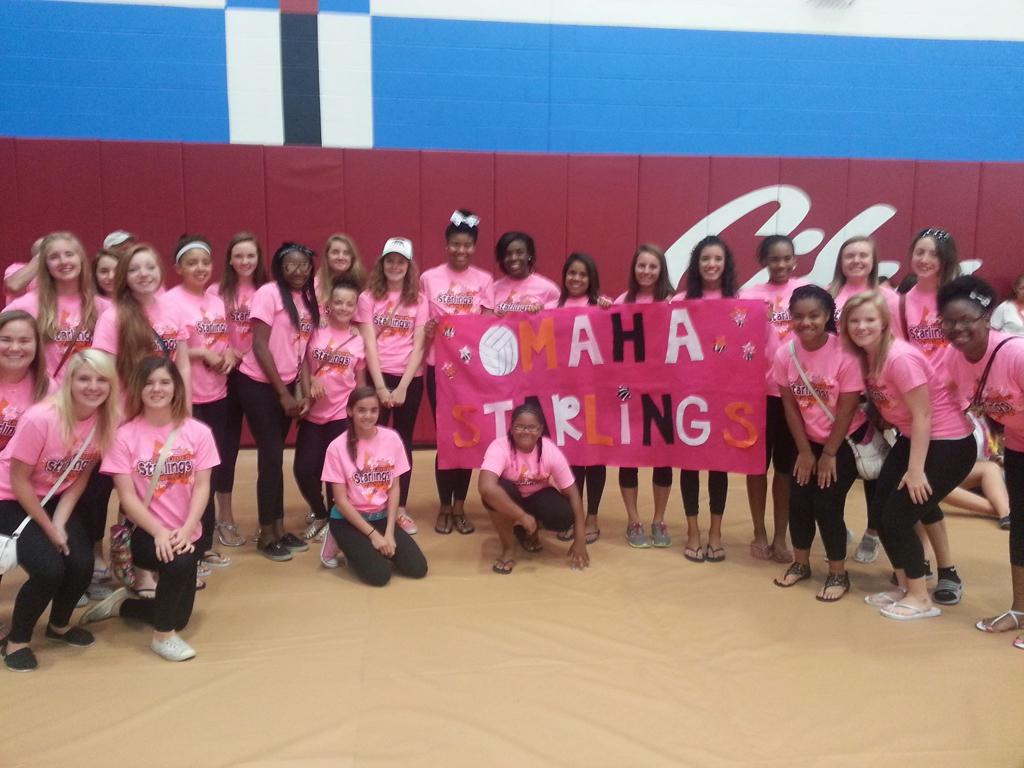 Shannon Walker began coaching for the Omaha Starlings in 2000.  She was introduced to the club while serving as the Junior Varsity coach and Varsity Assistant at Omaha North High School where she coached for ten years.  She was immediately drawn to the club’s mission, to offer opportunities to compete in Junior Olympic Volleyball to all girls, despite economic hardships.  She later took over as Director of the program for Butch and Sharon Saltzman, in 2008.  She has served as both Director and coach since then.  This is her twenty-third season with the club.  Her proudest achievements with the club have been having over sixty-five girls go on to earn college volleyball scholarships and having numerous players return to coach and pay the experience forward.

In addition to coaching for Starlings, Shannon has also been the Varsity coach for Omaha Northwest High School for the past fourteen years, where she also teaches English.  Shannon has a Bachelor’s Degree in English from UNO and a Master of Arts in Teaching from College of Saint Mary. She was the 2019 College of Saint Mary, “Coach of Character” recipient.  She has coached Starlings teams to six national championships.  She also serves on the Great Plains Region of USA Volleyball’s Board of Directors. She is the mother to a twenty-year-old son, Kadon.

Erin was born and raised in Omaha, NE. She graduated from North High in 2004 and went on to UNO where she earned her K-12 teaching certificate in Physical Education. While at UNO, Erin participated in the Minority Internship through OPS. She also started coaching volleyball for North High as well as Starlings in 2005. Erin also spent several years working for the CLC after school programs at King Elementary and Lewis and Clark. Upon graduating from UNO in 2010, Erin started her teaching career at Northwest High School and earned her Masters Degree from Peru State College in 2013. She was the head volleyball coach at Nathan Hale for several years before coaching at Northwest where she is currently the Volleyball Director of Operations.

What can Starlings do for you?

The Omaha Starlings have sent over 65 athletes to play in college on scholarships!  We also foster a positive, competitive environment where you will make lifelong friends!