"As leaders of young people, we must realize that our character and true leadership ability is being revealed right now in our toughest times." 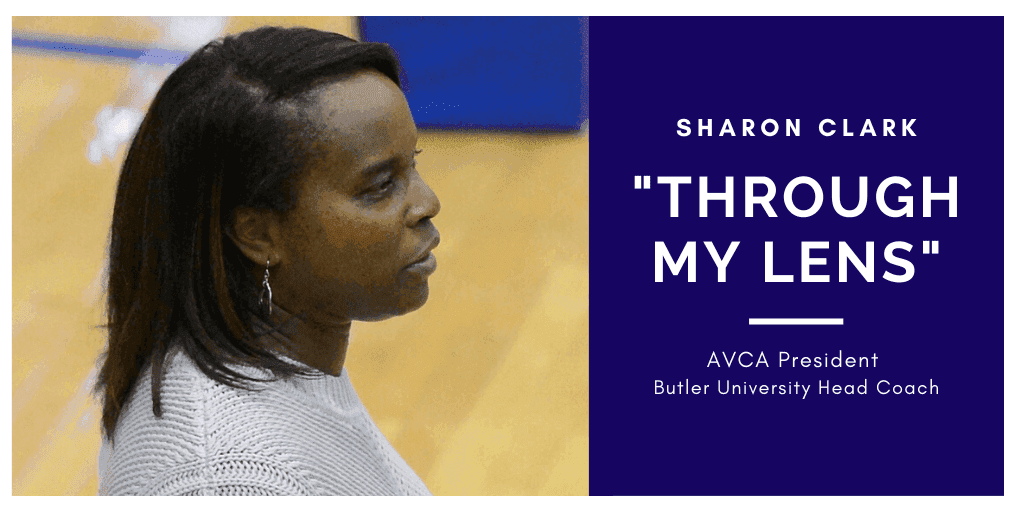 I recently started writing a piece called “Out of the Fog." It was about coming out of this COVID-19 Pandemic of uncertainty to be in a better place. We all agree that it is so uncomfortable to not know what is happening and when it will be over. As a coach of young people with inquiring minds, I wanted to give my players a sense of calm and peace in what we thought was the greatest challenge of our time in college volleyball. For weeks we have been worried, planning, processing, and trying to prepare for coming out of the “fog” that this virus has had us in for months. Little did I know that the “Stay-At-Home” time in society was simply the calm before the storm.

Let me give the view through my lens. As an African American woman, I have spent my entire professional career uncomfortable in college athletics. I love the sport of volleyball and have gained so much from it, but coaching has left me with many scars in my life. So many colleagues thought nothing of how I felt on a daily basis. How their insensitive comments, lack of understanding, and politically incorrect behavior became a daily grind for me. After 25+ years of leading my teams, I still go to an airport to check in with a gate agent and be asked: “Who is in charge?" or "Where is the head coach?” (Don’t you see me standing in front of you with 20 tickets?) We have been marginalized, passed over, stepped on, ignored, and yes, called the “N” word while simply doing our jobs. We call it “Coaching while Black.”

Today, we are all witnessing what millions of Black Folks in America and around the globe have felt the entirety of their life. We feel sad, frustrated, depressed, angry, furious, and unwilling to continue to live in a society who does not value our existence as it does others. We spend countless hours trying to be perfect, work harder, give more, and prove ourselves to administrators, support staff, faculty, recruits, officials, and coaching colleagues. It takes an enormous amount of energy to constantly prove you are as good as the coach standing next to you and a lot of time far better, while also being scared for your life in parts of this country.

I have traveled across this country to recruit in high school and club gyms only to be unhappily greeted by biased and yes racist folks who were surprised to see a Black face as they had no idea that the voice on the phone for the past few weeks didn’t look like them. We see it on their face, feel it in their mood change, and know that it can affect our opportunity to recruit their star player. If you want a glimpse as to what it feels like, imagine yourself living in an Asian or African country where you don’t look like anyone around you and never fully feel safe. You will be delighted to see a stranger who looks like you and simply speaks English.

I appreciate those friends, colleagues, and strangers who had the courage to simply say, “I don’t know what to say but I care and want to do better.” Every day I wake up thankful for the blessing of doing the work I love and fearful that my husband, father, three brothers, and college-aged son won’t make it back home alive or just un-scared. As leaders of young people, we must realize that our character and true leadership ability is being revealed right now in our toughest times. It’s much easier to lead great athletes, work with highly motivated players, and win championships when everything is going right. Have you started the discussion on race and began the dialogue with you peers and your players? This is your time to lead the way!

Ask yourself: "What does my periscope look like?" The definition of a periscope is a set of lenses, mirrors or prisms on a tube allowing the viewer to see an object reflected on the other end. As you watch the protest ask yourself what you would do if that were your mother, father, sister, or brother being killed for no reason at all and no one cared enough to do anything about it???

Today, we can’t simply hide behind the privilege that volleyball has afforded us all. Please understand that what we are witnessing is simply another chapter in our country’s history. The real question is are you a witness or participant in writing this chapter of American History! I welcome you to join me in these hashtags as they are not against you, they are simply for us.